Although Fitbit trackers and smartwatches are designed to be worn continuously, in order to store your data, they must be frequently synchronised with the Fitbit app. You won’t be able to monitor your progress or log any information if the app and your device aren’t in sync.

Here are some of the most frequent causes of Fitbit sync issues, along with solutions, in case you’re annoyed and asking “Why won’t my Fitbit sync?”

Checking the Bluetooth connection between your phone and Fitbit should be your first step if your Fitbit won’t sync. For your Fitbit to sync with the app, Bluetooth must be turned on and within range of your phone.

Open the Fitbit app, then hit the Today tab to check if your Fitbit is synced. You will be alerted by a pop-up if the app cannot sync because your Bluetooth is disabled. 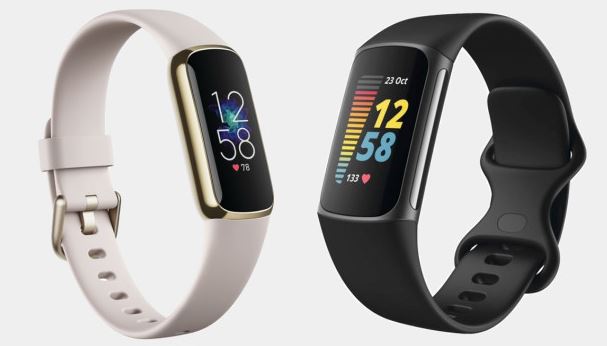 If your Fitbit Versa 2 or Versa 3 won’t sync and you see the phone disconnected icon on your device, it means it can’t talk to your phone. Turn on Bluetooth on your phone and try to sync again to fix this.

Force Close The App When Your Fitbit Won’t Sync

Small bugs that are making the app not work right can often be fixed by restarting it. Depending on the operating system of your phone, the steps to force-stop an app could be different.

After you’ve force-closed the app, try opening it again to see if it syncs with your Fitbit device.

Check for App and Firmware Updates

The majority of updates include bug fixes that might enhance the performance of your applications and devices. Your Fitbit gadget gains additional capabilities with new updates, such as the new Fitbit AFib detector, which helps you monitor your heartbeat and identify any medical issues. For this reason, it’s wise to maintain things current.

Before attempting any further troubleshooting, make sure your Fitbit device has the most recent firmware update and that the Fitbit app is updated to the most recent version on your phone.

To check for updates, open the Fitbit app and select the Today tab. Tap on your smartphone after tapping on your profile photo in the upper left corner. You can see a notice here informing you of any updates. You are already utilising the most recent version if there are no updates.

Your Fitbit gadget cannot be updated manually, but if a new firmware version is available, the app will prompt you to do so the following time you successfully sync.

Similar to any other electrical equipment, restarting your Fitbit may frequently resolve minor software issues that may be the source of issues.

The procedures to restart your Fitbit gadget may vary depending on the model you have. To determine the precise steps for restarting your device, check Fitbit’s tutorial. The Fitbit logo often shows after holding down the button on your device for roughly 10 seconds.

Try re-syncing your Fitbit with the app after restarting it to see if it resolves the issue. Restarting usually solves the problem, and it can also assist if your Fitbit won’t sync or charge.

Don’t worry about it because a restart won’t delete any of your data.

Although Fitbit is among the greatest fitness apps, it isn’t faultless. You might need to remove the programme and then reinstall it if you’ve tried all the other solutions but are still having problems.

Reinstalling the software can frequently address issues that prevent it from operating properly due to bugs or other issues. Reinstall the Fitbit app and then attempt to sync your device once again to see if it resolves the issue.

Most of the time, a clean instal is all that is required to get your Fitbit or smartwatch running properly again. The easiest approach to fix a corrupt programme is to do this.

Unpair and Re-Pair Your Fitbit Device

Removing and adding your Fitbit device to the app can frequently solve sync issues. This is due to the fact that it resets the connection between your Fitbit and phone. If your Fitbit won’t sync, this is a smart step to do in the troubleshooting process.

If you want to attempt pairing your device again after it has been unpaired, go to the Account tab, hit Set Up a Device, and then follow the on-screen instructions.

If your Fitbit is not synchronizing, turn off Wi-Fi

Despite being separate technologies, Bluetooth and Wi-Fi can clash when both are active. Syncing might be challenging if the tracker and your phone are not already linked.

By shutting off Wi-Fi and then attempting to sync again, this problem can be resolved.

Try another phone or tablet if you still have trouble with the previous steps. If your Fitbit doesn’t work with one device, this is especially important.

There may be an issue with your Bluetooth connection on your tablet or phone.

Log in to your Fitbit account from the other device, and then try to sync. If it fails, the problem is likely to be with your original tablet or phone.

If the server is down, be patient

Your Fitbit doesn’t sync for the most part because of server-related issues. If this occurs, it might be frustrating. You are left with no choice except to wait for assistance from Fitbit. You may simply wait since it does occur occasionally.

If you think the server is down, try synchronizing at a different time. Most of the time, the issue will have been remedied by then. You may also check the Fitbit status page to see if there are any problems with the Fitbit servers.

If all other troubleshooting techniques have failed, you might need to reset your Fitbit gadget to the factory settings.

When you return your Fitbit to its default settings, all of your data will be erased. Make sure you have a backup of all the data on your Fitbit before you reset it. Depending on the model, different Fitbits may require different steps for factory configuration.

You must open the Settings menu on the majority of Fitbit smartwatches (such as the Sense and Versa) and then press the “About” button.

Then select Factory Reset. Select Yes to affirm. You may sync your Fitbit device once it has been reset with the app. Assuming no hardware damage occurred, this should remedy the issue.

When you’re attempting to lose weight, Fitbit gadgets may be a terrific tool for maintaining motivation and monitoring your progress. Like any other technological equipment, they too are susceptible to failure.

When your Fitbit won’t connect, it might be annoying, but there is generally an easy fix. After a few simple steps, the majority of Fitbits won’t sync.

Why is my Fitbit not synchronizing?

Bluetooth may be turned on and off by going to “Settings” > “Bluetooth.” A Fitbit app should be launched. Restarting your Charge 2 requires the following actions. Install it again after uninstalling the Fitbit app.

Is there a problem with Fitbit Charge 5?

The Fitbit Charge 5 still has some strange and annoying bugs almost a year after it came out. And many of these problems, like draining batteries and losing Bluetooth connections, were first noticed in 2021.

Why is my Fitbit Charge 5 not updating?

Follow the steps in to turn off and on your tracker. How do I get my Fitbit to work again? Restart your mobile device. Try updating the firmware again. If that doesn’t work, log into your Fitbit account on a different phone or computer (if you have one) and try updating your firmware.