Imagine trying to check your emails or take some photos on your iPad only to discover that it won’t turn on. According to our clients, it is annoying. Your next thought will be whether an expensive repair is necessary. Or even worse, your table might stop lighting up. Apple is known for producing high-quality products.

However, consumers of its products occasionally have problems and performance concerns with their gadgets. We’ve examined the typical causes of an iPad tablet not turning on based on our experience. Here are a few causes of your iPad not turning on, along with what we hope are simple fixes. 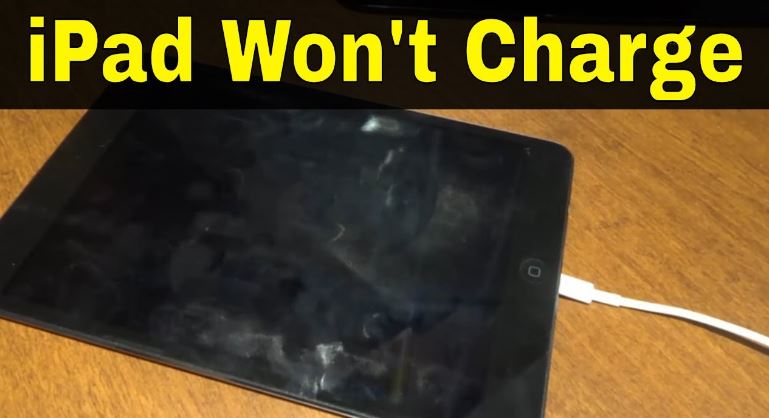 The iPad Is Not Turning On Or Charging

Do you think you need to get a new iPad battery? If your gadget won’t switch on or charge, there may be a problem with the charger, with the software, or with physical damage. Try the possible solutions listed below one at a time if you are having this problem. The simplest to the most difficult are listed first.

Check the charger as soon as possible if your iPad won’t switch on or charge. Depending on the charger, the gadget may occasionally fail to charge or fail to turn on. If possible, try using a friend’s or coworker’s charger to check if the iPad powers on.

If you have been successfully charging the device up to this point, an accumulation of dirt and dust on the lightning port could be the issue. This issue, however uncommon, can arise if you use your phone in dusty environments or if your carry case or cover includes loose fibres or dirt.

Examine the port thoroughly, and preferably use a soft brush or a toothpick to remove any dirt or debris. The best kind is the one used to clean electric razors. If it doesn’t work, try charging the device once more and proceed on to the next step.

A hard reset, in contrast to a standard power-up via the power button, clears some memory spaces and re-initializes a few services. You won’t lose any data in the process, so don’t worry.

By simultaneously holding down the power and home buttons for a few seconds until the Apple logo appears on the screen, you can force an iPad to restart. Is this effective? If not, a restore could be required.

Restore The Device With iTunes

Check if The Damage Is Physical

Although the size of an iPad is a benefit to users, it also increases the risk of physical harm if the device is dropped or bumped. Water and other liquids can also harm iPads if they get inside. You can spot physical deterioration with a quick visual inspection.

You can examine the screen for problems like a crack and the presence of moisture between the layers. Check to see if buttons are working properly and whether the charging port, as previously said, is damaged or has dust or debris inside of it.

If any of these circumstances apply, you will need to take additional steps or, in the worst case scenario, contact us for assistance with an iPad screen replacement, a charging port switch, or another repair.

It’s time for a professional repair if none of the aforementioned fixes work or there is indication of significant physical damage. For assistance, get in touch with our technician staff or use our send-in repair option.

If none of the aforementioned problems exist, your device can be charging properly (you have electricity), but it won’t switch on or boot up.

Your iPad may not come on even though it is fully charged if there is a software bug or physical damage. To identify and attempt to fix the problem, follow the procedures listed below.

Ensure That The iPad Is Off

If you are confident that the device is charged, check to make sure it is turned off. Simply press and hold the sleep/wake button until the Apple logo shows. If the previous step fails, you can be certain that your gadget is indeed off and not just asleep.

Because of a software problem, iPads frequently fail to restart. The device may appear to be off even when it is actually on due to software issues. The iPad will be forced to turn off and then turn on by performing a hard reset.

By holding down the power and home buttons at the same time until the Apple logo appears in the middle of the screen, you can do a hard reset. If all goes smoothly, the tablet should turn on shortly after, demonstrating that the startup issue was caused by a software issue. You can reset all of your iPad’s settings if the issue persists.

Restore The Device With iTunes

iPad Won’t Turn On When Plugged In?

This issue is most likely to arise when the iPad’s battery is fully dead or if there is a hardware or software problem with the device. To attempt to fix the issue, follow the steps below.

Plug In The iPad And Let It Charge For Some Minutes

Your iPad might not be turning on even though it is plugged in if the battery is dead. A “low battery” indicator is displayed by failing batteries, although a battery that is entirely dead does not respond until it receives sufficient power to do so.

Your device should charge for at least 15 minutes after you plug it into a power source. If a fully discharged battery was the cause of the issue, the iPad will switch on by itself.

If the iPad does not turn on after 15 minutes of charging, you can attempt the procedure with a different charger and cable. The gadget may be unable to charge due to a bad cable or charger.

If the problem is software-related, performing a hard reset will assist in turning on the iPad. Observe the instructions under “How to execute a hard reset.” In the event that a software crash was the issue, the iPad will restart following a hard reset.

If the computer won’t restart, the issue is more complicated. You have two options: restore the iPad using iTunes as described above, or get in touch with us for more guidance.

You can fix numerous problems that can prevent an iPad from turning on if you carefully and sequentially follow the abbreviated list of options and processes. If you have any questions or need assistance with a repair, don’t hesitate to get in touch with us.